Complacency is an easy trap in which to fall. I find it easy to return to a run I’m familiar with, and get to know it better. Though this is a worthy pursuit, nothing is more exhilarating than exploring a run that is new to you. It takes confidence in your river skills; eddy turns, peel outs, scouting, portaging and reading while running. This is the thinking behind my mission to explore more of the water of Colorado.

Running off of Grand Mesa, Plateau Creek makes it’s way through Collbran to the Colorado. As silty as the river it joins, but more discreet. Hiding between sandstone walls and riverside ranchland a whitewater run awaits intrepid paddlers. It begins with a rolling enjoyable pace but about a half mile before the takeout it shows its true potential and explodes over rocks and gradient. 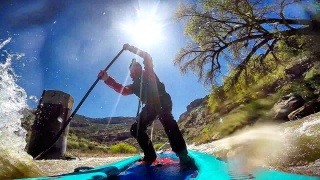 We first set out to run Waterton Canyon. By the time we arrived the water had nearly doubled. As we walked down the canyon and scouted, it became clear that none of us really wanted to commit to that run. So we ran up the South Platte a few miles and ran the chutes. A super fun run, and made our time getting there well worthwhile. We will be back for Waterton. 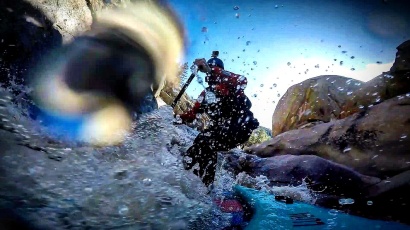 North Fork of the Gunnison

Industrial and stark surroundings have attempted to confine and control the river, and mother nature has revolted in continuous and furious whitewater. A gem of a run, plenty of action and energy to make you concentrate so hard on the water, you almost don’t notice the mining. Not that I really mind it, after all it created the whitewater on this run.

I could find very little information on this run. Frankly, that made it all the more appealing. I’m not sure we found the real put in, but we got on the river. From the moment we got on the water, the Fraser was demanding our vigilance. We ran through braided channels, rock diversions, and low footbridges until we got to the canyon. It began as consistent engaging whitewater. The crux upped the ante with more gradient, ill placed boulders, constricted channels and occasional wood. Even the run out was littered with strainers and fencing in the river. The Fraser is an excellent whitewater canyon that I would gladly run again, but it will make you use every river skill you have. 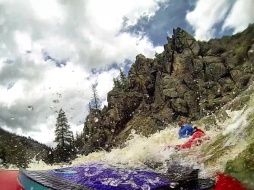 So far so good, and it’s only May. Chapter two coming soon!